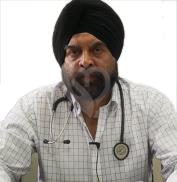 Prior to that, he had career stints as a Consultant Paediatrics at the prestigious Moolchand Hospital, Delhi for about a couple of years. Thereafter, he was posted in World Health Organization (WHO), California, USA as a Consultant Paediatrician for a tenure of about four & half years.  After returning back to India, he served General Hospital in U.T. Health Department for about six & a half years in the department of Paediatrics.

After achieving massive experience in the field of Paediatrics, he ventured into the private world wherein he started with a paediatric clinic in the year 1989. Later, after two years, he transformed paediatric Clinic into full fledged mother & child care Hospital with the name 'Bedi Hospital' in Chandigarh. His motto behind opening Bedi Hospital was “To provide a corporate style culture, but with personalised care at an affordable price.”

He has been noted as a great orator in various conferences held nationally. Dr. Bedi is a member of various national professional associations of Paediatrics. He is always in pursuit of the latest studies and new technologies in the field of Paediatrics making his work lateral with the international standards.